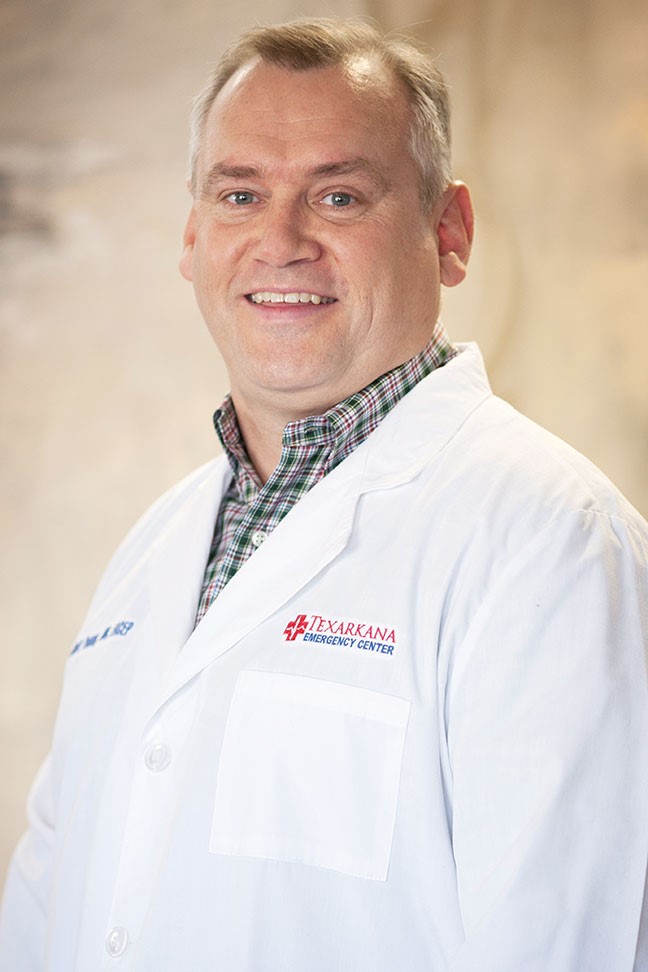 Dr. Vernon “Dean” Bowman was born and raised in Ashdown, AR. After obtaining his BA in Biology from Southern Arkansas University, he then received his Masters of Science in Physiology and Biophysics from UAMS in 1997. He then earned his medical degree from University of Arkansas College of Medicine in 2002. After completing his residency with AHEC from 2002-2005, he opened his family practice in Ashdown.

He is board certified with American Board of Family Medicine. He has been serving the emergency needs of Texarkana and the surrounding areas at Wadley Regional Medical Center since 2006. He joined Texarkana Emergency Center in April 2016. He enjoys spending time with his wife, Renae, and his children Madelyn, Kadie, Jake, Kyla, and Tyler.